Possessions, we are not. 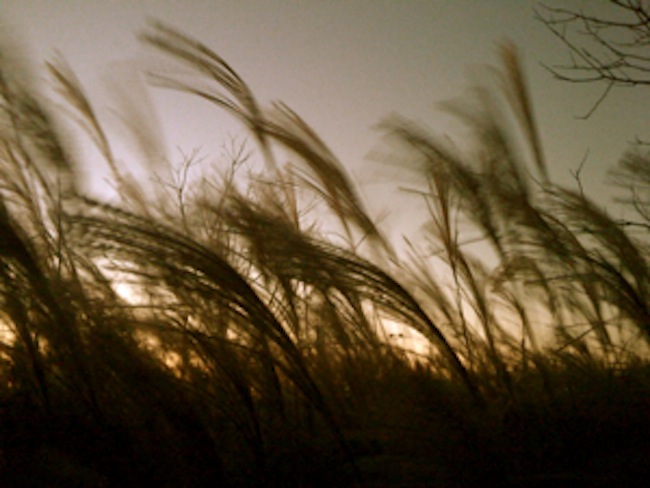 My mother and I know how to play spatial Tetris.

You give us a bag to pack, a trunk to fill, a closet to organize, cabinets to clean out, and we can bring order to just about any place. This is where we are similar creatures. Where we differ in our genetic family tree (other than my seemingly unique desire to skip across the world like rocks on a pond) is that I am not as attached to objects. They do not give me an emotional feeling that signals to me who I am. Sometimes I’m envious of how setting up home can make her happy, how it adds salve to life, creating comfort. Life is more raw to me, yet valuable just the same.

I’ve had a lot and I’ve had little. I’ve been able to just walk into a store and buy literally anything I wanted, and I’ve lived off cookies and iced tea for two weeks straight, waiting on money to arrive. I’ve gained and lost; lost and gained.

When I moved to New York City, it was the end of a life—a life full of good and bad like any life. A life with clothes and books and kitchenware. A life of groceries. A life of going to the hairdresser and the eye doctor. A life where I could get in my car and never feel lost, because I had driven down the same streets so many times before.

In that life, I put up kitchen curtains and bought napkins and glassware. I would clean out the apartment, and take things to storage “until I had room for them in a new place.” Life was typical, normal, ordinary and not much different from the people I knew.

And then, it just wasn’t my life anymore.

I moved to New York City with three giant duffle bags. I sold almost everything else, but left some things behind to deal with later… when I could. I got off the airplane at JFK, took a taxi to where I would be staying, and listened to the taxi driver tell me that I was going to do great in New York City. It was sunny, and I believed him. I really did. At least the one thing I was sure of, was that I would never go back. My only option was to believe. I unpacked my duffle bags and started over. Just like that.

I did all kinds of jobs. I painted. I waited tables. I wrote business correspondence. And then after about six months, I finally landed an entry-level job in TV. Sounds glamorous, but I was still sleeping on couches, with duffle bags in tow. They carried three of my most important possessions: my journals, my laptop and my grandmother’s quilt.

Then, one night, my building caught fire…and in the wee hours of the morning, I was in a hospital bed realizing that the remainder of what I owned including my grandmother’s quilt and everything I had ever written had burned to a cinder.

Then freedom walked in, as easily as the nurse arriving to draw my blood. Mixing with the oxygen and blue-tinted light, I began to understand. I was released with nothing but clothes from social services, but I realized that I had the most valuable thing with me. I had my life.

I was released with nothing but clothes from social services, but I realized that I had the most valuable thing with me. I had my life.

When I arrived back to my building, my things had been spared. I was light-headed listening to my best friend and roommate tell me that the red cross had been there, and he showed me my laptop, undamaged, knowing that it was important to me. I was glad, but I just nodded and wanted to sleep.

Now, things appear different to me. I still gaze upon nice things. I still want possessions and comforts. I back up all my writing on external drives. But, these objects no longer merit defining me as a person, because I just am.

My humble brown teddy bear my great aunt Gaylene bought me for Christmas when I was four, held in my arms until my arms reached the age of 19. Teddy now lives in an attic inside a Holly Hobby box. His roommate is Peter Rabbit the puppet, and they are doing just fine.

My Raindrop Soup Recipe apron, which I wore sitting on the side of mud puddles in the rain “mixing 2 stones, and 3 leaves, and stirring with a stick.” This is awaiting a frame and will be hung in a nursery someday when I’m expecting.

My pompoms, crinkly and gold, which were my pillows, my sleeping bag, my tear-catchers, my ambition-holders, my depression-fighters as I waded through the perils of teenage drama and glory.

There were writings, too. My first “dear diary” journal with a broken lock, a story my grandfather wrote me at the age of eight, and one of my own stories about a girl who lived in New York City.

I chose carefully. My mother and I wrapped and packed things with precision and detail. I wrote on the side of the winning boxes, “ship to NYC.”

It was final. My life before New York was officially gone. I grieved it. My new life was being built. I hoped for it. The time in between with my duffle bags, living on couches with any odd job—now that was a prize where I learned my own value—and I have no possession to show for that.

Elise McMullen a.k.a. The Galavant Girl