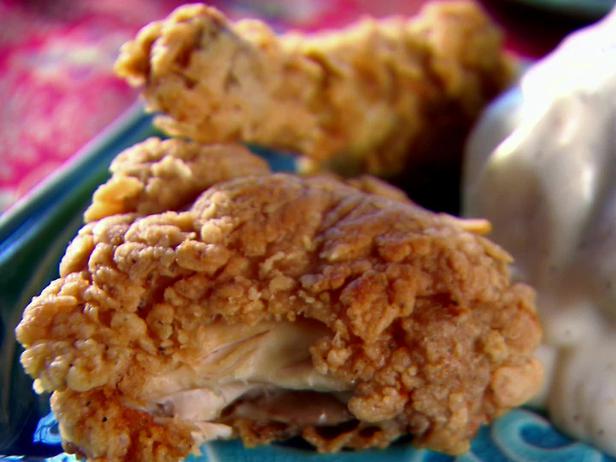 I was lucky. I was born during the 70’s when freedom from governmental tyranny was the modus operandi of the nation’s youth. The value of one’s voice was the chant I heard, and I was apparently so excited to be a part of the revolution, I made sure to enter this world on July 3rd, the day before Independence Day,so as not to miss out on the party.

So far over the course of my lifetime, the Vietnam War ended and the Berlin Wall fell. Women gained the right to purchase property without a man. The punk movement blasted in and out of existence, securing what the hippy generation began—absolute freedom of expression.

Later, more freedom rang. The Internet connected various peoples across the world, upending the control of information from governmental sources. With this came the Arab Spring and the uncovering of blatant human rights violations encouraged by western corporations. Justice was served when Enron happened. Our beliefs in freedom and equality did not falter when 9/11 happened. And no matter what officials wish to call the replacement World Trade building, New Yorkers are still calling it "The Freedom Tower."

If I walk a few blocks west of my Manhattan apartment, I can see the Statue of Liberty holding her torch for all who seek the treasures of choice. Silently from a distance, she reminds us that freedom’s agenda continues to burn brightly, exposing and banishing all hidden measures of slavery within our country, our communities, and even within ourselves.

When I see her, I have hope. I may have seen plenty of freedom’s victories in the world, but I also see a long road ahead for humanity. I have come to recognize at the midpoint of my own life, how much more I have to learn, and how much more I need brushed away to be a better, liberated human being.

Traditionally since moving to Manhattan, I prepare southern fare on the 3rd and 4th of July, usually making my grandmother’s famous fried chicken and cornbread. This year, I threw myself a big party the week before, invited lots of friends, and allowed myself to be the center of attention—but this was a marker year, and marker-years need marker-memories.

Maybe the idea of the shared, welcoming table is a fitting symbol of independence, and not just a naïve hope.

Now, quietly on the third, I will have a southern meal for dinner with cobbler, fried chicken, and cornbread—because those are my history and roots. But I will not be cooking. I want to focus on the faces around me—faces ushering me into the next phase of life, showing me where to keep my roots grounded as well as sprout branches and leaves.

Recently I came across an article, which outlined the food eaten after the American Revolution. The southern colonies enjoyed meats, game, and maize, while many northern colonies herded sheep and tried to avoid “injun corn,” sticking to what they knew. Native Americans, slaves, and poorer families fried and stewed their food, while the affluent roasted and boiled. Tea was dismissed. Coffee was served. Beer was out; whisky was in. It seems my Independence Day meal is reminiscent of those revolutionary times.

It’s sad to think that the joining of these peoples had to be done through death and conflict, and not by adding dishes and place settings to a table. Before the American communal table existed, our nation saw rampant slavery, exterminated Natives, and Europeans’ lost life and limb to aristocratic bullying and abuse.

When I see war torn countries today, I wonder how naïve it is to hope that people will rise, that tables will be brought out, and culinary traditions shared in peace. The shared table reminds us that we are all human, and we all eat to survive. Before argument, there is our daily bread.

On a casual walk by the Hudson River on the 30th, my husband and I were met with fireworks. New Jersey was setting off their sky-sparklers early to avoid sharing the Hudson with NYC on the 4th. We watched the fan-fare as if we were receiving our own private display.

Lady Liberty stood in the distance. I looked at her and wondered, what was true independence? It was usually preceded with conflict and sacrifice, but what WAS independence? Was it the removal of a dictated idea? Was it the recognition of humanity’s equality in the world? Was it tolerance? Was it courage to speak or do?

A poem by Emma Lazarus sits at the base of the Statue of Liberty. It reads:

With conquering limbs astride from land to land;
Here at our sea-washed, sunset gates shall stand
A mighty woman with a torch, whose flame
Is the imprisoned lightning, and her name
Mother of Exiles. From her beacon-hand
Glows world-wide welcome; her mild eyes command
The air bridged harbor and twin cities frame."

“Keep ancient lands, your storied pomp!”
cries she with silent lips.
“Give me your tired, your poor,
Your huddled masses yearning to breathe free,
The wretched refuse of your teeming shore.
Send these, the homeless, tempest-tost to me.
I lift my lamp beside the golden door!”

I would like to add, “Inside you’ll find a table."

Maybe the idea of the shared, welcoming table is a fitting symbol of independence, and not just a naïve hope. Just imagine:

Many dishes are spread over a table. Some you like, others you may find repulsive, but all are there for your choosing. You pick a few that you like, others pick a few that they like, and you are happy for one another, because you had the ability and freedom to choose. Something is there for you if you want it, but if you’re not hungry; you don’t have to eat. When the table becomes crowded, you add another. When conversations become edifying, you’re thankful; and when ridiculous, you laugh because that’s just good conversation. When resources are low, you take less so everyone can have some. When resources are high, you search for more people to bring to the table so that no food goes to waste. The only things disallowed are judgment and greed, because this is an open table, a tolerant table. When this kind of freedom rings, choice is secured, a voice is secured, and tyranny is dead for another day.

It’s a lovely picture. Unfortunately, there is no such national or international table. Where a few tables exist, some seek to steal or destroy, and where there is wealth, there are many guards. But I am still lucky. I have seen many new tables created in my lifetime. Someday—probably when I’m long dead—our nations’ tables will open and grow beyond measure. I can hope. My mother used to have a small painting of an infinite table in her dining room. It was supposed to be an image of heaven. Maybe heaven on earth is worth striving for.

Today I put another decade of my life behind me. But like the champions of freedom, tolerance, and open tables who came before me, I am challenged to put the upcoming decades to their best possible use and do my part. Maybe, just maybe, it won’t be so hard. After all, I have my pen, a voice, and my grandmother’s fried chicken recipe. 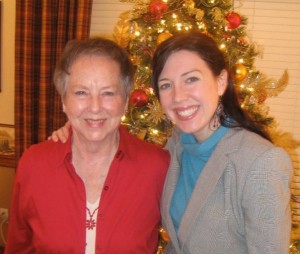 You'll just have to accept that most recipes passed down in this world have no measurements, but only a remembered conversation and much modeling. I watched my grandmother fry chicken throughout my childhood, and as I grew to an adult she would counsel me on what to do and not to do. So you will find these ingredients and instructions easy but vague, however, I have tried to pass on the conversation.

Ingredients:
One whole, organic, free-range chicken cut into 8 pieces (2 wings, 2 breast halves, 2 legs, 2 thighs) Choose a young hen, under 3 lbs if you can find it. Organic, free-range is important and not just for ethical reasons. These chickens tend to be slightly smaller and their meat more tender. They do not have Dolly Parton breasts, and you will find the meat less dry. However, if your resources are lean, and you must get a large chicken, regular chicken, cut the breasts in 1/2 and double the marinating time.

Now it's up to you. Add the garlic powder, salt, and pepper to your flour and stir with a whisk, taste and adjust. When it has the hint of yummyness and not just flour, you've succeeded. This may take some trial and error. Don't worry. We've all been there. Enjoy the process.

Method:
Use a good oil. Sunflower oil is wonderful if you can find it. Many southern cooks say without Crisco, fried chicken will not be good. It will be good, but I disagree with the fundamentalist thought. I believe it is getting a good oil with a mild flavor, so that the flavor of the chicken and the batter come through.

Cut up your whole chicken the night before or have a butcher cut it into pieces for you. Remove any stray pieces of bone or fat or cartilage that could burn or could break off and be tough. Salt the pieces, making sure to salt the bones, and place in a ziplock bag overnight.

30 minutes before frying, place chicken pieces in a bowl with your buttermilk and let marinate for 30 minutes. Some folks add a little tabasco here. It's all up to you.

While the chicken is marinating, mix your dry ingredients in a shallow bowl or dish: flour, salt, garlic powder, and pepper to taste.

Pull pieces of chicken out of the buttermilk and dredge them in your flour mixture. Coat chicken well with the flour mixture and set aside on a large plate covered with a paper towel.

Pull out your largest pan. Cast iron is amazing, but not completely necessary. Pour oil into pan to the depth of one knuckle. DO NOT PUT MORE OR LESS. Too much oil will create oily chicken, too little and the chicken will not brown easily.

Place the pan of oil over medium to medium high heat. If you throw a pinch of flour into the pan and it sizzles nicely, the oil is ready. If the flour burns, the oil is too hot. If you barely get a bubble, the heat is still too low. You may need to adjust your heat while cooking. Your heat may be too hot if your chicken begins to brown at super speeds. You'll end up with brown chicken on the outside and raw chicken on the inside. Your heat is too low if you've been sitting there 20 minutes and nothing is browning. Remember though, It takes a little time to fry. And as my grandmother says, "Leave the chicken alone." Don't turn it over and over. That creates a soggy crust and it will probably fall off into the pan. Let it brown on one side, then turn it over to the next.

When your chicken is brown and cooked, pull out and place on another plate with a few paper towels to soak up any excess oil. Sprinkle with a small pinch of salt just after pulling from the pan.

When it's all cooked up, serve and enjoy!