Autumn: A Season of Purple 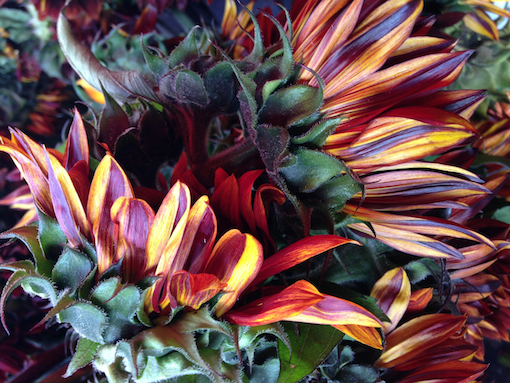 Every year when the primary shades of summer bleed into the autumnal colors of wine, a persistent gnawing begins in my belly, screaming at me to take action.

It grows louder and louder, riling blood and soul with such force that I march straight to my closet… and throw away every fraying item hanging or lying about in drawers. I notice that the walls could use a good scrubbing, the shelves could use some organizing, and I just can’t bear the thought of anything existing in my space that’s gone from useful to dust-collector. Powerless against the urge, all I want to do is renew, repaint, scrub, and burn.

Speaking of burning, it’s about this time of year that I begin complaining about New York City’s fire laws, which prevent me from burning things at will. No open flames. No barbecue pits on balconies. Don't they know that burning is relieving? Who hasn’t been to a bonfire and sat back, staring into the red and gold fingers waving in the sky, and felt a sense of oneness with the world? And when the fire begins to die down, who hasn’t searched out for more to burn? No one wants the moment to fade into embers.

I’m not the only one who starts to feel the need to burn and scrub—most of my family feels it too. We’re Cherokee. This purging is just in our DNA. October is Harvest Moon, the first month of our lunar calendar. It’s a time of closing and finishing, which isn’t only about tossing out the frayed shoes and towels in the closets, but also about cutting free the chewed ends of our beings. For many moons past, this has been our way. We harvest, strike everything, set what we should to fire, and refine our aims. When November, or Trading Moon, arrives we turn our hearts to friendship, forgiveness, pardoning debts, thankfulness, and charity—readying ourselves and our community for the lean months of winter. We put out the fires of the old year, and kindle a new sacred fire for what lies ahead. November becomes reflective and we pay attention to what we’ve learned.

Of course it isn’t called Harvest Moon and Trading Moon for nothing—these things actually happened in these months. And I do not have to run off to North Carolina or Oklahoma to feel a bit of my heritage nipping at my fingers. All I have to do is go to the farmers market, which is where I was with a friend one Saturday, observing the bounty falling out of the stalls. 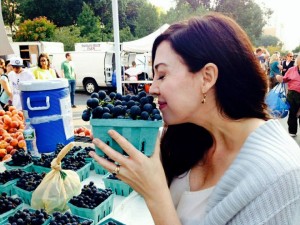 “The market is purple today,” I said and indeed it was. Purple sunflowers, purple beans, purple grapes, purple plums, purple wine, purple jams. My friend had never been to the market “on purpose.” For over 10 years she had only passed its stalls in route from one destination to another. Her camera was like an extra arm reaching and grabbing memories around her, and she moved so quickly, no one noticed it was happening—a journalist to the core. She was a tall beauty, always well dressed even on her down days, and always with a recent personal story that would make a screenwriter weep. “These are wonderful! Can you smell them?” I asked pointing to a table filled with Concord grapes. Bees hovered around. It was market day for them as well. She continued snapping one picture after another with fervor. “Do you want to try some?”

“Sure.” She placed her camera in her bag for a few seconds and held out her hands. I dropped a few purple globes into her palm. She tossed them back, and then a few more, and a few more. “Oh my god. These are amazing.”

“It’s incredible.” In a flash, her wallet was at the ready. “I’ll take two quarts. And some of these,” pointing to a small pint of red plums. “And these,” pointing to another kind of plum—an Italian plum. It was wonderful watching joy pervade a willing being. She stowed away her purchases and reconnected to her camera. “Hold some up for a picture,” she said. I obeyed. I was glad there would be pictures of me in the market. In some ways, the market was my church, something I did rain, snow, heat wave—my meditative discipline. Why wouldn’t there be documentation of that?

Staring at the grapes, I wondered if purple was the color of “a finishing”—the last moment before a death. When the lack of oxygen turns lips their deepest and final shade. When fruit will soon drop from the limb. When mold has formed on the drum of a cheese…

I wondered if purple was the color of “a finishing”—the last moment before a death. When the lack of oxygen turns lips their deepest and final shade. When fruit is just about to drop from the limb. When mold has formed on the drum of a cheese…

We continued wandering about the stalls, commenting here and there. Our conversation turned to her recent research trip in Europe. Much of it had been pure serendipity. Things fell easily into her lap as she hunted facts and documented finds. When someone told her that no one knew the location of a document, someone would arrive and direct her to it. She was the first to review historical journals, the first to take interest in certain lives long passed, and soon she would be the first to translate and publish words that had been closed and shuttered in dusty rooms. Her book was taking shape.

However, this was not all that had shown up in her path. She didn’t know it yet, but a death was upon her.

One afternoon wandering down a road in Berlin, she found herself following a big, happy, gay parade—full of bright, cheery transvestites in all their glory. After a few blocks in the fanfare she arrived at an exhibit she hadn’t planned on viewing that day. Mesmerized by what she found, she began photographing things as usual. All of a sudden, she noticed she was standing next to the person that had caused her the greatest pain of her life. Their eyes never met, but they knew the other was there—willingly playing the role of complete strangers. She was shocked at the situation, but even more shocked at what she felt inside. Something had died. There was no pain. No revenge. No self-righteousness. No absolution. All she could feel was humanity. He was a human; she was a human. Gone was the burden of bitterness. 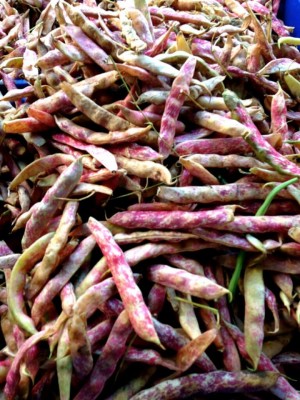 “This warmth fell all over my body. This gratitude,” she said. “It was one of the most significant things that has ever happened to me. I realized I was free.” After a while a few new friends in the gay parade retrieved her and moved her on down the street. “I realized that everything leading to that moment had served a purpose: The pain I experienced because of that person had led me to sobriety. Sobriety led me back to writing. Writing eventually led me to Berlin. And in Berlin, I was led to the man that had instigated that initial pain, where I realized I was healed.”

Her story made me thoughtful. It was only fitting to hear these things in my market “church.” Fitting I was hearing this as my Cherokee New Year began. My thoughts were interrupted by her apology. “I’m so sorry I keep taking so many pictures. I was once told that all my picture taking keeps me out of the moment,” she said, “but I’ve come to know that this isn’t true. I’m actually more present when I’m photographing.”

“Of course! Don’t apologize,” I said. “Do your thing.” I understood this all too well. Writers, journalists—we’re driven to document. We hold a hunger we’re never allowed to ignore. There is purpose in that hunger—which we come to recognize after a lot of self-loathing, running from ourselves, and eventually random moments of self-discovery. Without documenters, history, story, memory, the things that fill books and newspapers, and now tweets and vines, would no longer be a collective experience. Ironically, documenters are also given the responsibility of the reveal. Some things are best left unseen and forgotten, taken to the grave. I would bet that the heart of every written work contains a writer’s secret—a secret so well hidden, any attempt to find it would be like sunshine on a fog. Right when you have it in the light, it dissipates instantly. 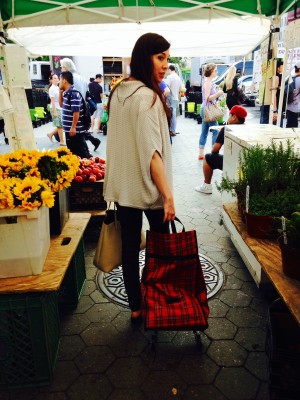 I pulled my red plaid rolley-cart behind me, full of the last tomatoes of the summer season, grapes, and beans. The market would soon be behind us.

“I’m honored to be the one to bring you to the market for real,” I said smiling.  My friend smiled back and took more pictures.

Soon the Harvest Moon would come to an end and Trader Moon would begin. I knew I’d be cleaning out my closets and readying for winter, but maybe this was what I really needed to experience this season. I had been shown forgiveness—a good death. Purple everywhere.