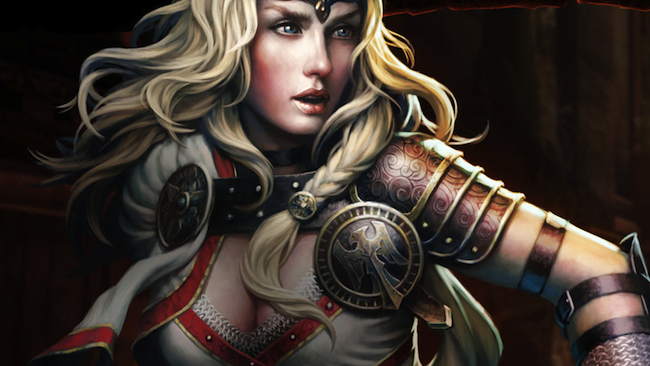 When you think of online gaming, what picture forms in your mind? Is it something like…

Three or four teenage boys sit at home alone, connected to each other only by headsets and a glowing computer screen. At school they’re seen as scrawny, social misfits without a date in sight. But in their rooms, plugged into a virtual world, they are powerful druids and saber-wielding giants. With their butts glued to their desk chairs and their hands swiftly clicking away at keyboards and mice, these boys are taking on evil and saving the world. This is where they’re happy: home, staring at a screen, ensconced in a virtual universe and away from high school labels and judgments.

How was that? Am I right? Unless you are an avid gamer yourself, you may not know that gone are the days of isolated teenagers hidden from the real world, out of touch, and socially awkward. Gaming is in, and it knows no gender or age—and it’s indeed social.

A large sector within the gaming industry is actually called “social gaming,” where players are connected within their social media platform of choice, be it Facebook, Google+, iTunes, or Android. There, gamers compete, chat, and maintain relationships with just about anyone anywhere—friends, acquaintances, strangers—while they shoot zombies, build kingdoms, play cards, feed pets, partake in virtual agriculture, and even gamble. Since these games are also relatively inexpensive and have simple social environments, they are seemingly casual. But the truth is that this part of the gaming industry has fast become an influential force, driving the tech industry to make better use of bandwidth and create ever smaller-sized hardware with increased capacity and function. In essence, social activity continues to move technology forward. 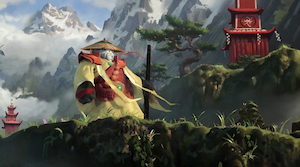 Outside of social gaming, MMOs, or Massive Multi-player Online games, have been around since the development of the Internet and are becoming the new norm of the video game industry. Once restricted to those with technical savvy and computerese, early games resembled large scale “choose your own adventure” books with simple line graphics that everyone could read together.

Since then, the gaming industry has rocketed forward and commands considerable attention. As computer hardware rapidly progresses,so do the visual effects, which in turn pushes the capabilities of the Internet, requiring engineers to develop ways to allow for more and more data to be transferred at faster and faster speeds. Furthermore, today’s MMOs are crunching data at astonishing levels with some pushing the limits of industry supercomputers. Graphics are of cinematic quality, and players are able to interact immediately with the visual effects—all of this while connected to others around the world. It’s like watching a movie at home but you control what a character does, and your friends control other characters, and together you change the story—all in real time.

And if that wasn’t enough, MMOs run multiple story lines with persistent worlds, which means the story can continue in your absence and be impacted by your presence. The game remembers what you have done and how your actions may impact everyone else’s game. 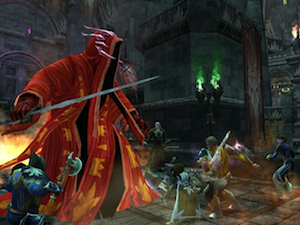 Is your mind blown yet? If not, consider the immense selection of MMO games at your fingertips. Genres range from traditional fantasy titles like Lord of the Rings Online, Neverwinter, World of Warcraft, to science fiction offers such as StarWars the Old Republic, Eve Online, and Warframe. There are many hybridized genres involving martial arts, westerns, horror, superheroes, and even everyday human reality. With virtual experiences like these, the MMO environment has become a world within our own—despite the fact that it’s a work of fiction. And like a good book, it’s easy to lose yourself in them for hours.

Although Zuckerburg created a social media revolution, MMOs have built immense social networks way before Facebook entered the scene. Today, the latest data from MMORPG.com lists 613 games (meaning 613 virtual worlds) as either available, being openly tested, or in development. Some of these player populations range upwards of 10 million—a massive number rivaling some of the world’s biggest cities. It’s only natural that from these organized populations has arrived a dynamic and very real social structure—a structure nurtured by game creators and the useful ease of the Internet. And with multitudes of gamers spending large amounts of time in a shared, similar experience, MMOs are one of the leading architects defining our social culture in the digital age. 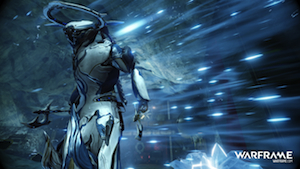 But what does that social culture look like? Currently, most virtual communities model real day-to-day social structures with one major exception. There is near zero discrimination. Joining a gaming community only requires three things: a screen name, the willingness to communicate, and a computer. That’s it. No background checks. No applications. No photo IDs. People can create a persona as close to the truth or as far from it as they like. The only application color has in your game is your font color. Gender is just what your character looks like and has no bearing on game performance. Sexual orientation? Trust me. No one wants to know, and it will usually get you kicked off a group list. Class and money? Everyone starts with the same. Furthermore, none of these traits will save you when a giant battle begins. In the world of the game, if you want to be discriminated against, all you have to do is be an offensive ass, and you will find yourself being ignored by millions of people. And wouldn’t we like to see more of that in reality?

In addition to the advantages of zero discrimination, these social structures are supported by entire websites built to aid growing fan bases and game populations. Within the larger of these populations, community groups spring up for those of differing tastes, and rules and standards are established. Some are friendly, some are not; some are open to new people, some… not so much. But all in all, those who make gaming a regular hobby get more than just entertainment. They build bonds with their fellow humans, enjoy good times, hear exciting stories, and laugh out loud—all right from their desk. This means that gamers are part of a grand social and technological movement, which not only impacts the way we communicate and spend time with one another, but advances the science of our digital age. 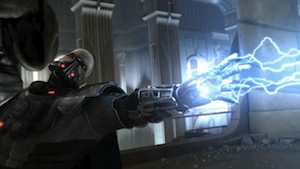 It’s a brave new world—but hopefully not as dystopian. Our lives, our work, our play continues to embrace the digital revolution with technology ever increasing in speed, data capacity, and size. Gamers have been this new world’s first explorers and pioneers. They have helped influence generations, pushed technology forward, and made it ready for even the most unsavvy of internet users. Soon the virtual world and the real world will no longer rest inside or alongside the other, but actually share the same space. Maybe we should take a moment to thank a gamer for clearing our path to the future—one giant battle, race, or adventure at a time.